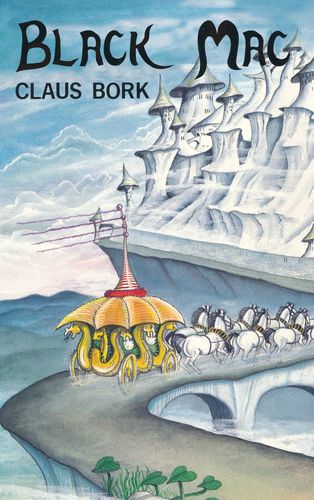 The Raven from Fairyland

Ten year old Jasper dreams himself across to another world. Here he meets the Princess Isabel and the raven Black Mac, who become his best friends. He gets caught up in violent events among witches, trolls, dragons and all the known fairytale characters. Electro, the King of the Computer kingdom, wishes to wipe out the fantasy world, but is prevented by doing so by Jasper and Black Mac, with the help of a magnet. Jasper’s dream becomes real. As he returns from his nightly dream-experiences, Jasper is dressed in knight’s clothing, given to him by Isabel, and is accompanied by Black Mac. Everything ends happily of course, after many dramatic incidents. The imaginative plot contains an almost unbroken number of exciting situations packed with action, but also fine atmospheric images and emotional passages. The main character, Jasper, from ‘The real world’ is, at the same time, both real and part of the fairytale. As the hero, he manages to save the imagination from the cold, emotionless computer world. Apart from the description of the fight itself against Electro, which is, both in its language and in content, hard to follow, it is a story, which will appeal to a great number of readers in the 11-14 category.