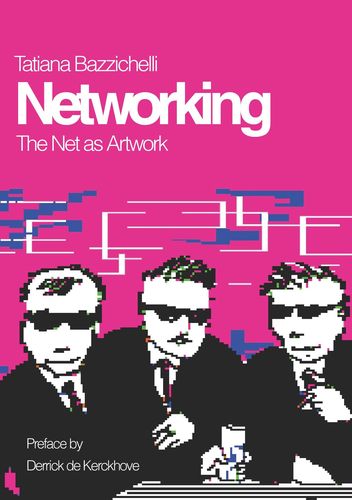 The Net as Artwork

Find ud af mere
Beskrivelse
Networking means to create nets of relations, where the publisher and the reader, the artist and the audience, act on the same level. The book is a first tentative reconstruction of the history of artistic networking in Italy, through an analysis of media and art projects which during the past twenty years have given way to a creative, shared and aware use of technologies, from video to computers, contributing to the creation of Italian hacker communities.
The Italian network proposes a form of critical information, disseminated through independent and collective projects where the idea of freedom of expression is a central theme. In Italy, thanks to the alternative use of Internet, during the past twenty years a vast national network of people who share political, cultural and artistic views has been formed.
The book describes the evolution of the Italian hacktivism and net culture from the 1980s till today. It builds a reflection on the new role of the artist and author who becomes a networker, operating in collective nets, reconnecting to Neoavant-garde practices of the 1960s (first and foremost Fluxus), but also Mail Art, Neoism and Luther Blissett.
A path which began in BBSes, alternative web platforms spread in Italy through the 1980s even before the Internet even existed, and then moved on to Hackmeetings, to Telestreet and networking art by different artists such as 0100101110101101.ORG, [epidemiC], Jaromil, Giacomo Verde, Giovanotti Mondani Meccanici, Correnti Magnetiche, Candida TV, Tommaso Tozzi, Federico Bucalossi, Massimo Contrasto, Mariano Equizzi, Pigreca, Molleindustria, Guerriglia Marketing, Sexyshock, Phag Off and many others.
Forfatter

Tatiana Bazzichelli (Rome, IT, 1974) is a communication sociologist and an expert in network culture, hacktivism and net art. She is a Ph.D. Scholar at Aarhus University, Department of Information and Media Studies. She is founder of the networking project AHA: Activism-Hacking-Artivism (2001), which won the Honorary Mention for the Digital Communities category at the Ars Electronica Festival in Linz (AT, 2007). From 2000 to 2008 she organized several exhibitions and conventions on media art and hacktivism in Italy and in Germany, mainly in the city of Berlin.