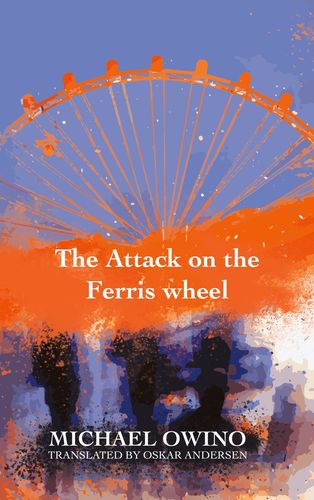 The Attack on the Ferris wheel

Find ud af mere
Beskrivelse
The British seaside town Brighton, located in the south of England, was in 1979 targeted by a series of robberies mainly aimed against tourists. The crimes were committed by a group of young lads from the area. As the gang performs their heist one night, everything goes wrong. The city's main attraction, the Ferris wheel shut down, due a power outage, which is so extensive that the entire pier and the small amusement park where the Ferris wheel is, are in complete darkness. The situation has dire consequences and cost several of the guests at the pier their lives. After a few days of searching, the old police chief Vince and his people get on the trail of the gang. After they discover they're being chased, the flee to London leaving their old town, family and friends for good. In London, they meet a group of young street musicians with whom they team up to make new, grandiose plans, but the story again takes a very unexpected turn. The second part of the book sees a young professional agent named Tom, being the centre of a scandal involving art and jewellery stolen by the German elite. The Danish agent and his team, finds themselves immersed in something that's deeper than what's just seen on the surface. A tale of international fraud, scandalous conduct as well as assignations unfolds.

"The Attack on the Ferris Wheel" is a historical thriller at a breakneck pace, which offers ingenious clues to unsolved mysteries from the real world.
Forfatter

Former music publisher and performing musician. Michael is out of special education and has worked with people with mental problems. Substance abuse, homeless people and people with other related disorders.