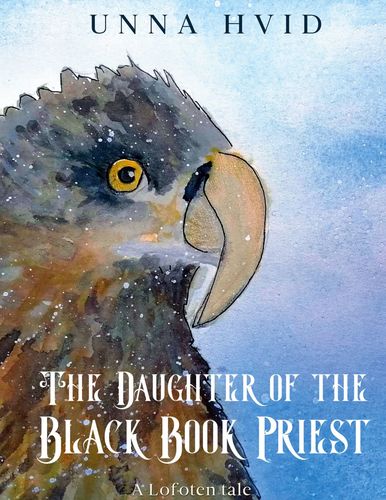 The Daughter of the Black Book Priest

Find ud af mere
Beskrivelse
The Daughter of the Black Book Priest is a Lofoten tale about Agnete, who as a young girl inadvertently reveals something to her farther that gets her mother burnt alive. Her father spares Agnete, but when she a few years later happens to evoke "The Ugly One" by reading aloud from the Black Book, Agnete has to leave her home. She ends up on Værøy determined to never tell anyone about who she is or what her mother taught her. Nevertheless, she must fight puffin dogs and the pursuits of Monrad, Mr Oluf's eldest son, who brings feelings of entitlement with him home from Bergen, where he works.
In the air over Værøy, the sea eagles circle, and in the small fishing village next to Mr Oluf's house lives a man with a special relationship to Utrøst, the island that sank into the sea.
The Daughter of the Black Book Priest is the third independent story in the series Modern Tales of the North. The first volume is from the Faroe Islands and the second from Stavanger.
Forfatter