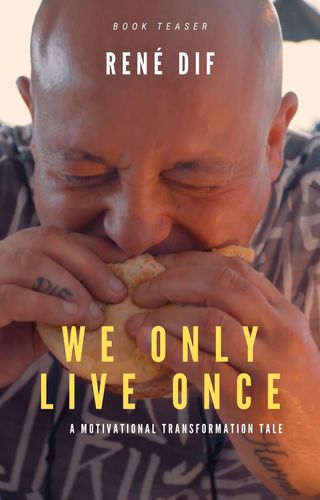 We only live once

Find ud af mere
Beskrivelse
Most people probably know me as a big-smiled, quick-witted, slightly cocky guy that takes up a lot of space in the room - self confidence is definitely not lagging. And on paper, it looked pretty good. But in reality, my rock hard attitude was just a facade, that seemed impossible for me to break in many ways.

But finally, after several years of failed attempts to change a pattern - a pattern, that in many situations had shown itself to be the evil enemy on my shoulder standing in the way of my health, my lifestyle.

And a long time to live on this beautiful planet - I succeeded in the seemingly impossible task. Namely, making a decision that wasn´t just grabbed out of thin air, from feelings or otherwise affected state. No, this decision was made that day I realized either I do something about this NOW otherwise... Well, I will probably end up in some pretty sad statistics.
Forfatter