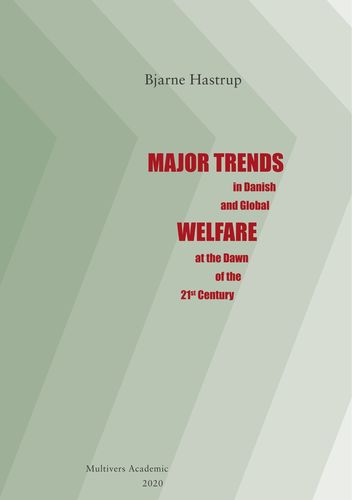 Find ud af mere
Beskrivelse
Major Trends in Danish and Global Welfare at the Dawn of the 21st Century provides an analysis of the dramatic changes that have taken place in the Danish welfare system during the past century.

Denmark still has superstar status as the world's most notable welfare society. At the same time, Danes have had to reform and adapt their welfare model, which experienced both a very exorbitant success at the beginning of the period covered and a shocking setback thereafter - a crisis the country has just recently recovered from. Amid these events, the Danes decided to reform the design of their welfare state to suit globalization and a new demographic. This was the first time that conditions far into the future were crucial to the organization of welfare today. A new orientation was created in welfare thinking; one that went from help and support to help to self-help, and to jobs and the procurement of labour with strong incentives via support policies and pensions to remain in the labour market for longer. Through these reforms, Denmark became the most digitized society in the West, but it did not solve its ever-growing integration problems, and likewise inequality grew in the otherwise so equal Danish society.
Forfatter

Bjarne Hastrup got his cand.polit. in 1972 from the Univerity of Copengahen. He is also an external lecturer at the Intitute of Economy at the University of Copenhagen.