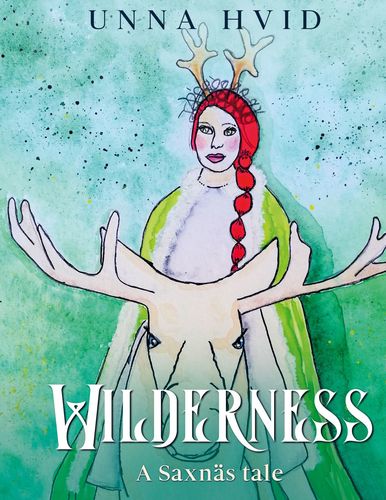 Find ud af mere
Beskrivelse
Östen had not only bought the Sami man's land and fishing water, he had also bought his boat and all his fine and well-maintained fishing nets. They were hanging on large fork-shaped birch trunks down by the lake shore. I have made a good purchase here, Östen thought to himself when he saw them.
But even though people trade land, forest, and water with each other, they often forget to take into account that neither belongs to them. Other beings had an ancient claim to everything that man believed to possess. And Tomas Månsson might not have been completely honest when he praised the great fishing fortune here in the lake. He may have had many sons, but not as many as he once had.
But Östen was unaware of all this, and that was perhaps a good thing. He works the hardest who believes he is the master of his own destiny.

WILDERNESS is a settler story from Saxnäs in Swedish South Lapland in the early 1800s.

Unna Hvid has a master's degree in history and Nordic language and culture from the University of Southern Denmark. Her interest in history, culture, folklore, and storytelling is eminent in both her works of fiction and non-fiction. Unna Hvid has previously worked as a trainer and consultant in A.P. Moller - Maersk but is now a full-time author and artist. She has lived in Danmark, Iceland and England